What Is An Accidental Death Benefit Rider? [2021 Update]

The number of accidents in the United States, from falls to car crashes to drownings, has made the accidental death benefit rider (also known as a “double indemnity rider”) one of the most popular riders in the life insurance industry.

This rider provides additional coverage to the beneficiaries if the insured passes away as the result of an accident.

In this guide, we’ll answer the following seven questions:

What Is A Life Insurance Rider?

A life insurance rider is an optional feature that adds additional coverage or flexibility to a policy.

Riders allow you to customize your policy to fit your exact needs.  However, adding a rider means higher monthly premiums.  Therefore, you should scrutinize the costs and benefits to ensure that a specific rider is worth it for you.

Examples of these riders include:

What Is An Accidental Death Benefit Rider?

An accidental death benefit rider (also known as a “double indemnity rider”) is an optional  feature available to add to your life insurance policy.  This rider provides your loved ones additional coverage (by itself, usually 1-2 time original death benefit) if you die due to an accident.

What Does An Accidental Death Benefit Rider Cover?

Accidental death benefit riders offer extra coverage if you have a fatal accident, wrongful death, or homicide. Types of accidents that may be covered include:

If your rider includes major injuries or trauma, you may also be covered for limb loss; loss of hearing, eyesight, or speech; or partial or permanent paralysis.

Because of the strict parameters under which the death or injury must occur to get a payout, an accidental death rider usually isn’t worth the cost.

What Does This Rider NOT Cover?

The major cause of death that accidental death benefit rider do not cover is illness.

This coverage is offered as part of a separate rider (an “accelerated death benefit” rider).

Like AD&D insurance itself, this rider also does not cover:

Who Should Consider An Accidental Death Benefit Rider?

An accidental death benefit rider may be worthwhile if you:

However, note that you might not qualify for this rider if you have hobbies like skydiving or mountain climbing, or if you work in certain professions, like law enforcement, firefighting, or the armed forces

Which Companies Offer This Rider?

As a rule of thumb, the group of newer, online-first life insurance companies (such as Bestow, Ethos, Fabric, and Sproutt, among others) do not offer this rider while traditional life insurers do.

See below a list of companies that allow you to add an accelerated death benefit rider to your policy:

In most cases, accidental death benefit riders offer a payout that is two or three times the standard face value of the policy if your death is caused by an accident.

Let’s look at an example. Let’s say Joe has a $1 million term life insurance policy for which he pays $100 per month in premiums.

At purchase, he adds an accidental death benefit rider to his policy, meaning he has to pay an additional $15 in premiums per month, for a total of $115 per month.

Let’s say that he then passes away as a result of an accident (such as a car accident) before his policy expires. His family would then receive the $1 million payout from his life insurance coverage as well as an additional $500,000 payment from his accidental death benefit rider, for a total payout of $1.5 million.

How Do You Prove Accidental Death?

Finally, when submitting a claim, you may have to prove that the insured’s death was caused b  an accident. Here are several ways that you can do so:

We hope you enjoyed this guide on accidental death rideres.  If you have any additional questions, don’t hesitate to leave a comment or send us an email at hello [at] getsure.org. 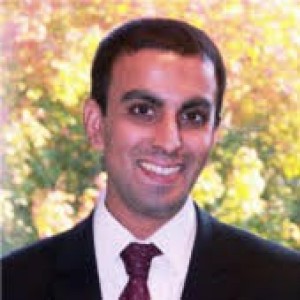 RJ is the Founder & Head of Content at GetSure. He is a licensed life, accident & health insurance agent, with over 10 years of experience in the financial services industry. He holds a B.S. in Applied Mathematics from Columbia University and an MBA from The Stanford Graduate School of Business.
Table of Contents
Add a header to begin generating the table of contents

Life Insurance For Seniors: 7 Reasons You Might Need It

What Is An Incontestability Clause? The Clear, 90-Second Answer